RADIO FRANKENSTEIN INTERNATIONAL #159 - TELL ME WHEN MY LIGHT TURNS GREEN 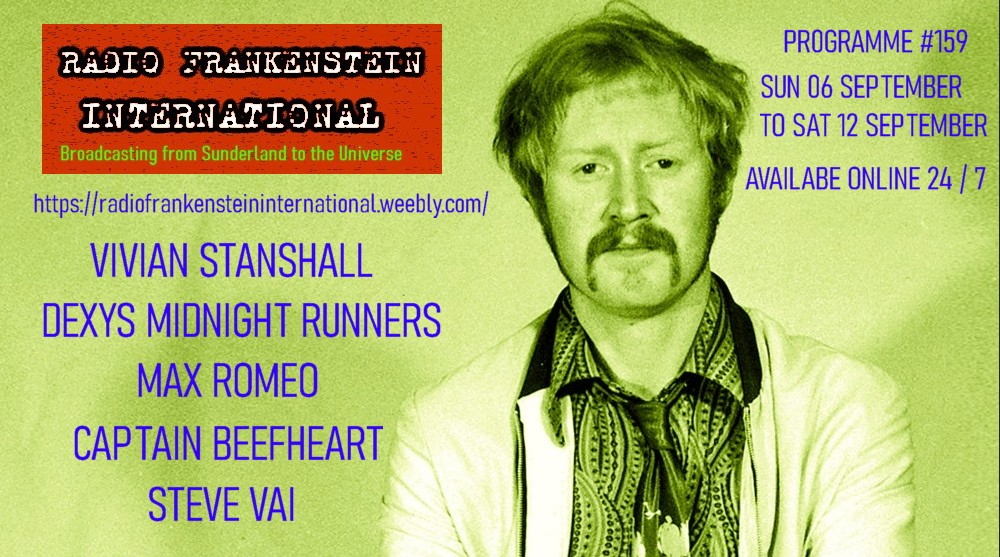 UK band The Deviants don't seem to be much remembered nowadays, which is a pity. But then, they were very much a part of the UK counterculture of the late 1960s, which often seems to have been written out of history.

They were formed around the late Mick Farren, later to achieve some fame as a writer, who stated that The Deviants were originally a community band which "did things every now and then—it was a total assault thing with a great deal of inter-relation and interdependence".

Belonging to the same rock family tree as the Pink Fairies and early Hawkwind, the Deviants have been described as a transition between classic British psych and the punk/heavy metal aesthetic of the 1970s.

Hear for yourself, their rather bleak "Last Man" closes this show. You'll have to sit through the rest of it, but we've done our best to make it as enjoyable an experience as possible. En route you'll hear the Collective Consciousness Society, more commonly known as C.C.S., another forgotten Brit outfit, from the early 1970s, led by blues guitarist Alexis Korner.


Also available at : https://www.mixcloud.com/Radio_Frankenstein_Int/ (shows from #142)